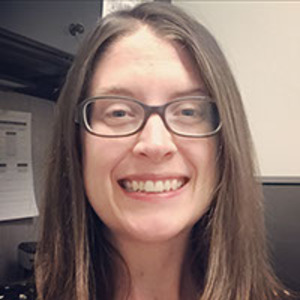 Dr. Michelle “Shelly” Erickson is an investigator at the VA Puget Sound Health Care System. Her research explores mechanisms by which systemic inflammation contributes to cognitive dysfunction and dementias such as Alzheimer’s disease. Her goal is to identify and characterize novel aspects of communication between the brain and the immune system in health and disease, focusing on the role of the blood-brain barrier as a regulatory interface.

One emerging risk factor for Alzheimer’s disease is exposure to air pollution. Ozone is among the most widespread toxicants in air pollution, and about 50 percent of the US population resides in regions with unhealthy levels of ozone. One of Dr. Erickson’s projects aims to understand the mechanisms by which ozone exposure contributes to neurological problems over lifespan using mouse models.

Another project in the Erickson lab utilizes human in vitro blood-brain barrier models derived from induced pluripotent stem cells to evaluate how changes in the composition of blood with aging and Alzheimer’s disease affect blood-brain barrier function.

By developing a better mechanistic understanding of how factors such as age and environmental exposures contribute to brain dysfunction, Dr. Erickson hopes to identify novel therapeutic targets for the prevention and treatment of dementia.