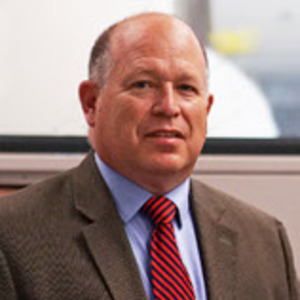 1. Alzheimer’s disease (AD) is one of the most common disorders of aging and is a disease for which there very few therapeutic options—and those treatments currently available are of limited efficacy. The search for improved treatment options depends on attaining a better understanding of the mechanisms underlying AD pathogenesis.  In this regard the Cook laboratory is focused on exploring the role astrocytes play in AD. Astrocytes are an abundant cell type in the brain that play critical roles in protecting neurons from injury, regulating cell-to-cell communication, and an array of key metabolic functions.  In spite of their importance, their role in AD pathogenesis is not well understood.

In recent years the Cook laboratory has uncovered new evidence of astrocyte dysfunction in AD centered on the failing ability of astrocytes to remove glutamate from the brain.  Glutamate is a major neurotransmitter used by neurons for cell-to-cell communication. Although it is essential for life, glutamate fast becomes toxic unless it is quickly swept away from the synapses that release it. This job is carried out chiefly by astrocytes that express molecules called glutamate transporters, which shuttle synaptically-released glutamate from the outside, to the inside of astrocytes, where it is detoxified and recycled it into other useful substances.  The goal of this work is to understand how failure of the glutamate clearance system occurs in AD so that we can devise new strategies that may treat or prevent cognitive decline in AD.

2.  Mild traumatic brain injury (mTBI) is now considered one of the ‘signature’ injuries of US soldiers having served in Iraq and Afghanistan. Rapidly accumulating evidence suggests that repetitive exposure to the shock waves generated by high explosive ordnance (e.g. improvised explosive devises) give rise to brain injuries that cumulatively leave individuals at increased risk for neurodegenerative disorders in ways that are similar to those injuries associated with repetitive concussive events experienced by athletes like boxers and football players. Repetitive blast exposure is such a common aspect of combat service in Iraq and Afghanistan that there is great concern there may be a coming wave of mid-life dementing disorders, which is currently not well understood and for which we are ill-prepared to treat. In an effort to address this problem we have developed a mouse model of blast-induced mTBI. The goals of the effort are to better understand the mechanisms of blast-induced brain injury and to provide an in vivo platform that can facilitate testing of potential treatments. The Cook laboratory has found that pathogenic phosphorylation of a molecule called tau is an early-occurring aspect of blast-induced TBI. This is significant because aberrant tau phosphorylation is a key feature of end-stage chronic traumatic encephalopathy, AD, and a number of other dementing neurodegenerative disorders.  An important goal of this research effort is discover some of the underlying genetic susceptibility factors to TBI. Understanding such genetic factors will be very important in finding new treatment strategies to limit or prevent long-term brain dysfunction following blast-exposure.